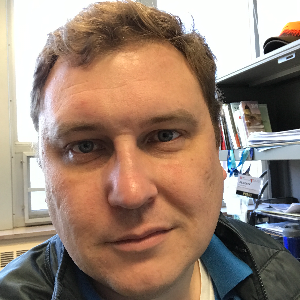 I'm an experienced journalist who has worked primarily for online/print news outlets in the U.S. Midwest and West. I specialize in leading innovative niche content teams and deep beat reporting that uncovers lost and overlooked people, places and things.

A cemetery fight was roiling this Midwest country church. Then came the armed guards

Attendees to a recent meeting at a small country church on the border of Minnesota and South Dakota found armed guards at the church entrance. Then someone saw an AR-15, prompting a visit by the sheriff. It's the latest development in a battle for the soul of Singsaas Church near Astoria, South Dakota. The conflict pits a divisive new pastor and his growing nondenominational congregation, who revived the old church, and many descendants of the church's old families, worried about the future of a pioneer legacy. 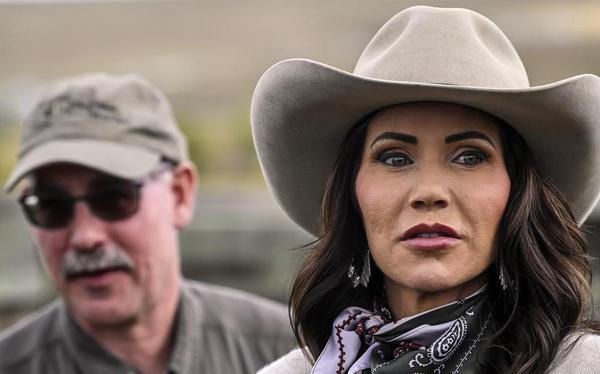 How could rumors become news without additional evidence, especially something as salacious as an alleged affair between South Dakota Governor Kristi Noem and Corey Lewandowksi, a Trump World mover and shaker and Noem's informal adviser? Sometimes the decision about what's newsworthy is taken out of our hands. The affair claim was just such a case. 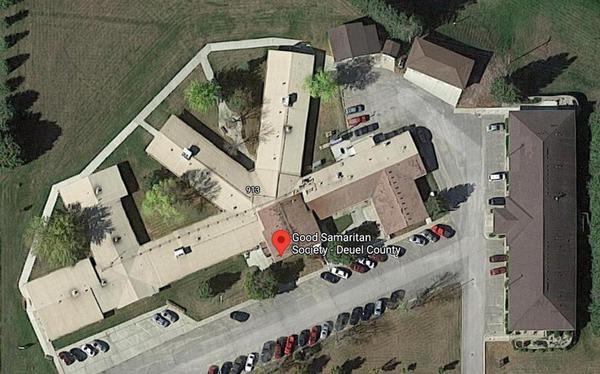 This South Dakota nursing home was 100% vaccinated. COVID-19 broke through anyway. Here's how

The COVID-19 outbreak in the Good Samaritan Society-Deuel County senior care facility in Clear Lake mirrors a rise in vaccine breakthroughs in nursing homes across the nation, as vaccinated seniors regularly deal with unvaccinated staff, visitors and community residents, face the rise of the more dangerous delta variant, and are less protected by vaccines that previously thought. 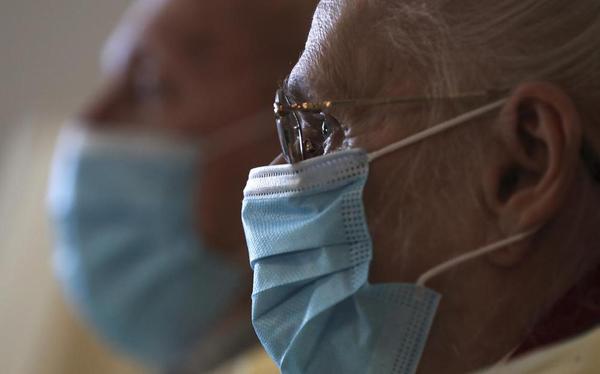 The COVID-19 pandemic tore through the region's nursing homes, killing many vulnerable elder residents, despite intense efforts to keep them safe. Now some nursing homes are facing a knock-on pandemic crisis of financial woes: Unexpected additional costs, throttled revenue and unending, expensive staff shortages. This could spell the end for some nursing homes, particularly some small rural facilities. 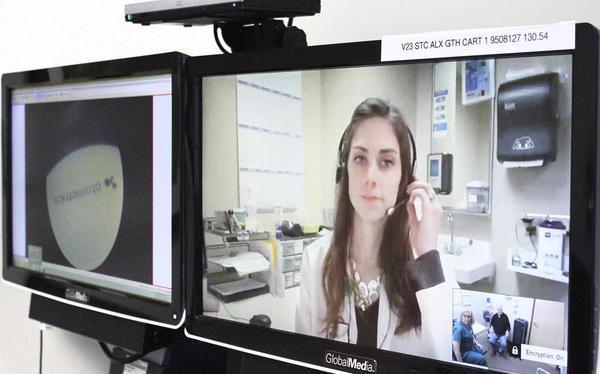 The telehealth explosion during the pandemic upended its role in health care. Telehealth isn’t just a niche player anymore, but a crucial and growing part of the way health systems take care of their patients. It’s become clear: Telehealth will shape the future of health care, not just for people in rural areas, but for everyone. 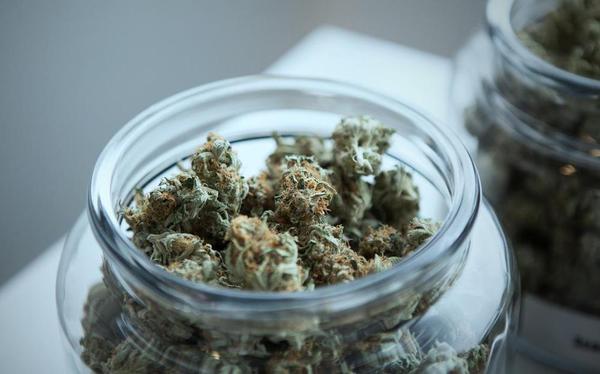 SIOUX FALLS, S.D. — The Upper Midwest is having quite a conversation about marijuana right now. A NewsMD analysis finds marijuana laws are in a state of flux in South Dakota, North Dakota and Minnesota. All three states have approved medical marijuana programs. And each state is grappling with proposals that will make recreational marijuana legal, in line with a national sea change of opinion on the drug. While marijuana remains illegal under federal law, there has been a rapid shift in how states view marijuana in the past 25 years. That shift has only accelerated over the last decade as state after state decriminalize marijuana, allow its medicinal use or fully legalize it including for recreational use. 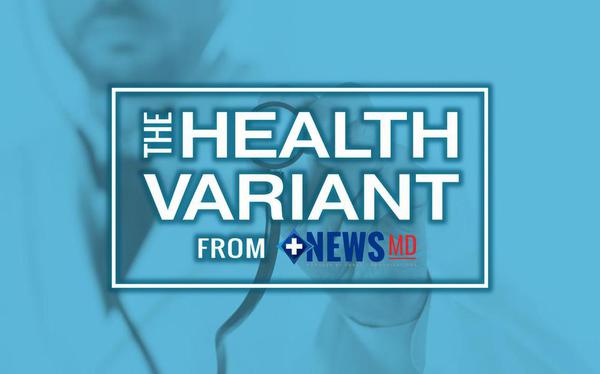 SIOUX FALLS, S.D. — Forum Communications Co. has launched "The Health Variant," a new health podcast under its NewsMD health news brand, on Tuesday, March 30. Hosted by NewsMD health correspondent Jeremy Fugleberg, "The Health Variant" will take listeners behind the scenes of health reporting across the Forum Communications Co. footprint of North Dakota, South Dakota and Minnesota. The podcast will also dig into health topics important to the region -- such as the COVID-19 pandemic, cannabis l 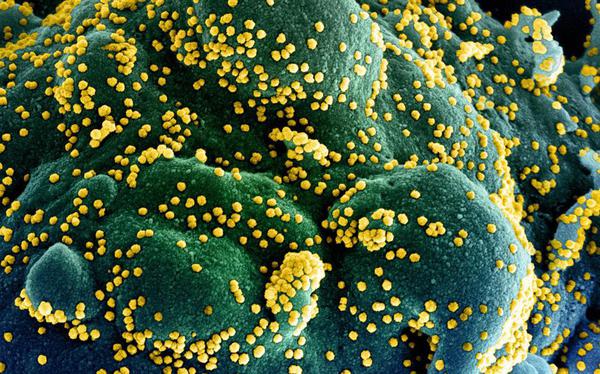 South Dakota is a soft target for contagious COVID-19 variant

SIOUX FALLS, S.D. — South Dakota may prove a relatively easy target for a new, more contagious COVID-19 variant that has been discovered in neighboring states, and is expected to blanket the nation by March, according to a Forum News Service analysis. Public health officials are sounding an alarm about a new COVID-19 virus variant, first found in the United Kingdom and dubbed B117, that is even more contagious than the current virus that has soaked into South Dakota since March 2020, killing ab 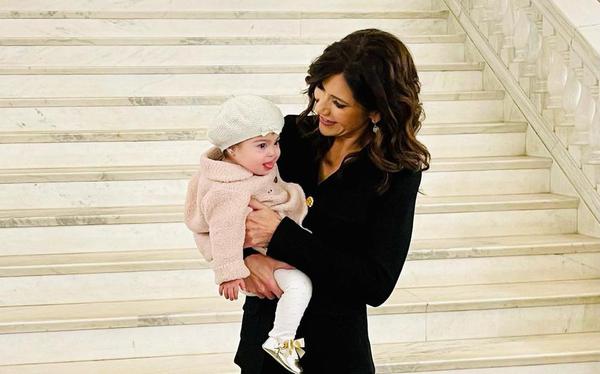 In South Dakota Down syndrome abortion ban, questions of tests and timing

While the proposal fit with Noem's view of abortions, and is likely to further burnish her credentials in conservative circles, a Forum News Service analysis indicates a lack of data, and uncertain testing, makes it very hard to say how the ban would affect state residents. Still, Noem is pressing on with the legislation, which would implement a class 6 criminal penalty — up to 2 years in prison and a $4,000 fine — if a doctor were knowingly perform an abortion due to Down syndrome diagnosis. 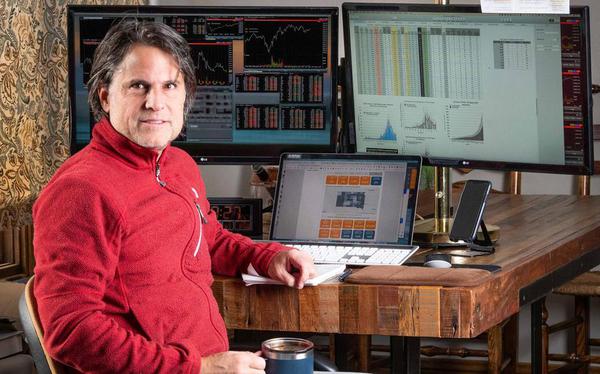 At first, nobody looked to them for health information as COVID-19 swept into the US in early 2020. Yet over a pandemic year filled with swirling uncertainty and confusing statistics, they emerged as unlikely heroes. Armed with spreadsheets and databases, their dedication and accuracy quickly elevated them into trusted, go-to sources of pandemic information for a growing number of online fans. Linda and Jim aren't journalists or public health professionals. They don't get paid for what they do 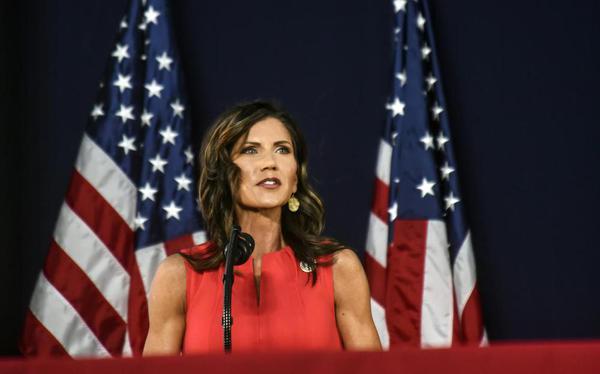 The state had yet to be hit by an explosion of the virus. But it expected one. Its modeling showed an overwhelming surge arriving in mid-June, one that would require 5,000 hospital beds, far more than the state had. Many other states’ governors were fighting the pandemic by instituting lockdowns, a bludgeon of a policy meant to slow the spread of a relatively unknown virus and protect beleaguered hospitals from becoming overwhelmed with critically ill patients. The first-term Republican governor of South Dakota took a different approach. There would be no statewide restrictions, she said, no lockdowns. South Dakota was not New York City, she said. Here, it seemed, was Noem’s gamble. She would hope South Dakota policed themselves, count on the state's dispersed population to limit the spread of the virus, and keep the state's economy open for business. Meanwhile, state officials and health system leaders would scramble to come up with the needed number of beds in time to meet the surge. 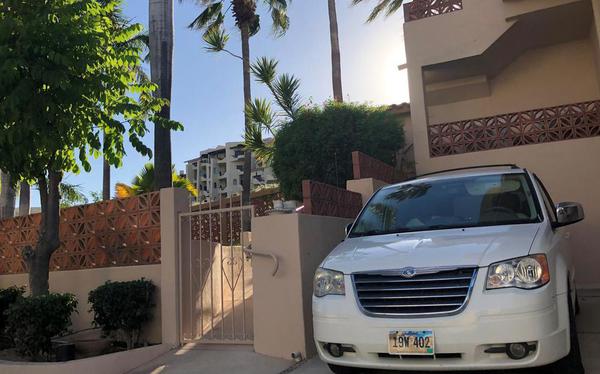 SIOUX FALLS, S.D. — Bob Jankovics was fed up, and as he dragged his luggage through the arrivals terminal in Mexico, his frustration boiled over. It was so hard to get your car licensed in the U.S. if you live in a different country. Then, he recalled, a stranger turned around and said the magic words. Jankovics, an insurance agent, knew South Dakota was a state and housed Mount Rushmore, and that was about it. But what he would discover would change his life and revolutionize the license plate business in one South Dakota county. 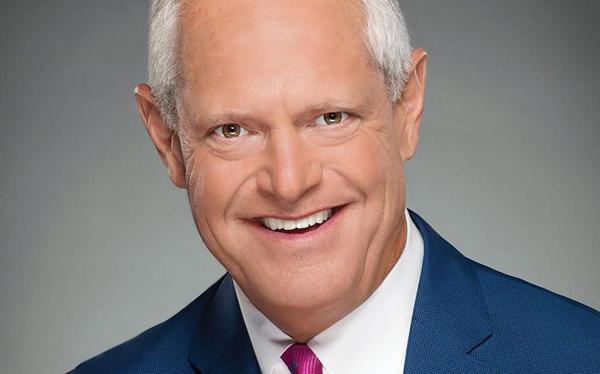 Kelby Krabbenhoft out as Sanford Health CEO, after email about COVID-19, masks

SIOUX FALLS, S.D. — Kelby Krabbenhoft is out as the long-time president and CEO of Sanford Health after an email he sent to employees last week about COVID-19 and masks drew national attention and scorn. Sanford Health and Krabbenhoft have "mutually agreed to part ways," the South Dakota-based health system announced Tuesday, Nov. 24. The notice didn't mention a reason for Krabbenhoft's departure or his email, first reported by Forum News Service, in which Krabbenhoft said he refused to wear a mask because he had recovered from COVID-19, he believed himself to be immune from the virus, and considered doing so a "symbolic gesture." 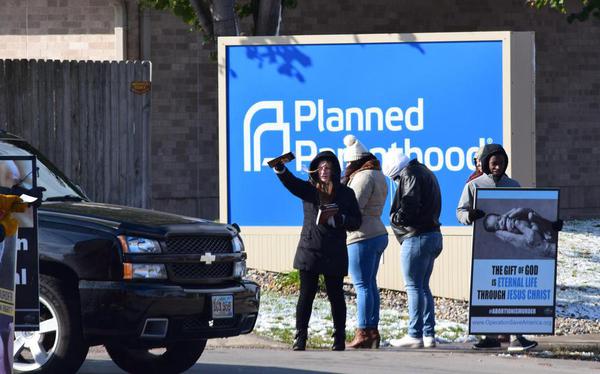 SIOUX FALLS, S.D. — It’s cold outside, there’s snow on the ground, and the Rev. Rusty Lee Thomas is not pleased with churches in South Dakota. Thomas, national organizer for the anti-abortion group Operation Save America, is standing outside the Planned Parenthood clinic in Sioux Falls, on Friday, Oct. 23. It's the only place in the state for someone to get an abortion. Thomas and his fellow group members are there to protest, to preach, to hand out literature. So where are the state's pro-life church members? Thomas wonders. They should be here, but they're not. And Thomas is here to issue a wakeup call. 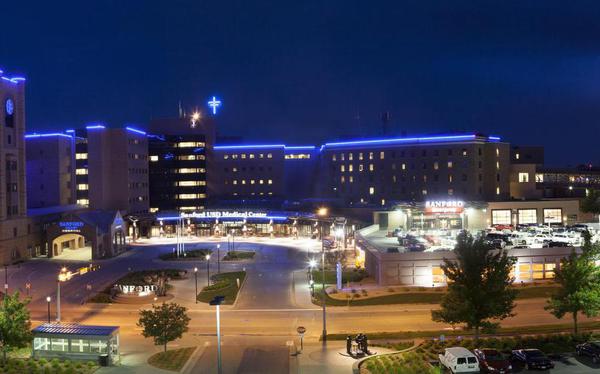 SIOUX FALLS, S.D. — South Dakota's three largest health systems are disputing claims from some patients they're running out of room at their hospitals amid a near worst-in-the-nation COVID-19 surge in the state. Sanford Health, Avera Health and Monument Health representatives have all gone on the record in recent days to insist they're still well equipped with hospital beds, and staff to manage them. Many South Dakotans, armed with limited specific information about how their local hospitals are doing amid the state's sustained COVID-19 surge, have looked to social media for answers about the situation in the state's hospitals, finding sometimes alarming posts from patients and caregivers about limited hospital capacity. One likely reason: There is currently no way for South Dakotans to know how many beds the state's three largest health systems have, where they are, how many are available, and how many are filled by patients sick with COVID-19. 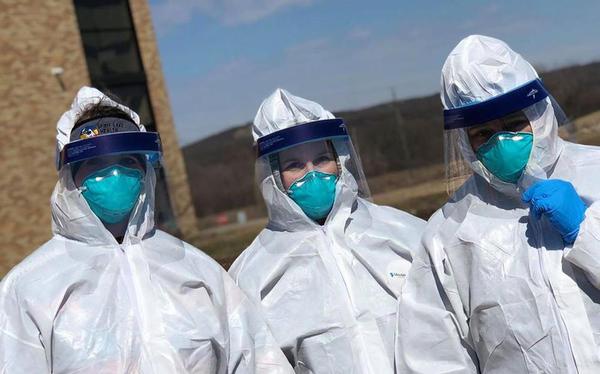 SIOUX FALLS, S.D. — It might be just a Netflix subscription, but to those tribe members given one to help them stay quarantined, it could be a ticket to keeping their community safe from COVID-19. Across the Upper Midwest, Indigenous tribes are forging unique ways to keep their members safe as the coronavirus pandemic rages on. Many have created quarantine facilities, pro-masking efforts and food and cash distribution programs. Others are attempting other stay-home innovations, such as paying for online video streaming and cell phones. 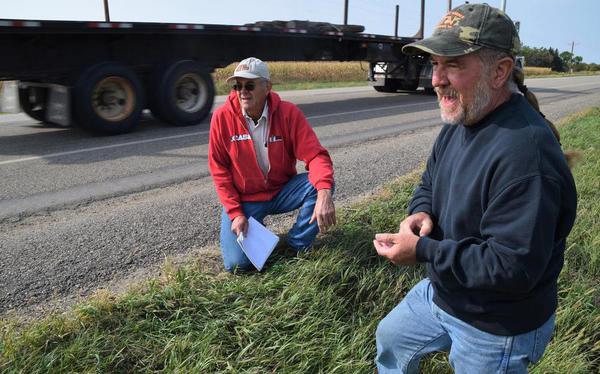 At the scene where their cousin died, two brothers return again and again, seeking justice

HIGHMORE, S.D. — Nick and Victor Nemec have returned to this straight stretch of asphalt again and again in the last few days. Nick points down to a long shadow of a streak that has soaked into the highway. "That's a blood mark," he said, his tone matter of fact. Their cousin, Joe Boever, was struck and killed here at about 10:30 p.m. Sept. 12 by Jason Ravnsborg, the South Dakota attorney general, driving on this patch of U.S. Highway 14 after attending a GOP dinner in Redfield earlier that day. Nick and Victor Nemec have turned this crash site into a living memorial, not as a place to remember, but a place of challenge. The state Highway Patrol's investigation into the crash continues. The Nemec brothers are here to make sure their cousin gets justice. 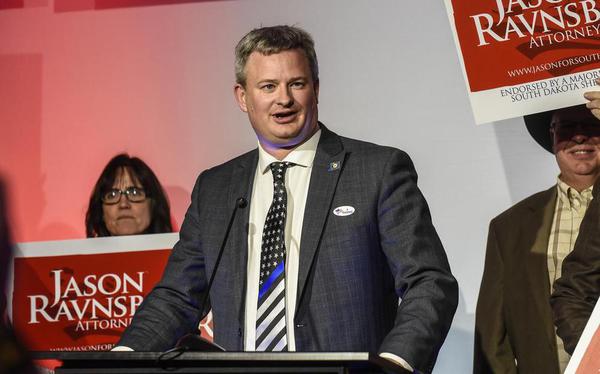 SD Attorney General Ravnsborg reported he hit a deer. It was a man, left undiscovered until next morning

SIOUX FALLS, S.D. — South Dakota Attorney General Jason Ravnsborg reported hitting a deer with his car while driving on a highway in central South Dakota the night of Saturday, Sept. 12, but he had actually struck and killed a man whose body wasn't discovered until the next morning, according to the South Dakota Department of Public Safety. The man, Joseph Boever, 55, of Highmore, S.D., likely was on his way back to his pickup, parked in the ditch alongside the highway, family members say. Rav 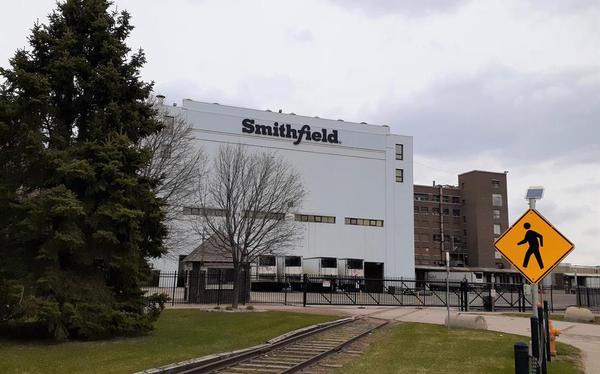 SIOUX FALLS, S.D. — The U.S. Occupational Safety and Health Administration has fined Smithfield Foods $13,494 for failing to protect employees at its Sioux Falls meatpacking plant from exposure to COVID-19, OSHA announced Thursday, Sept. 10, and both the company and the union that represents plant works are objecting to the decision. The workplace safety agency said the Smithfield fine was the maximum allowed by law for the single violation it found at the plant, which for a time was one of the largest COVID-19 hotspots in the nation. OSHA cited the company for one violation of failing to provide a workplace free from recognized hazards that can cause death or serious harm. 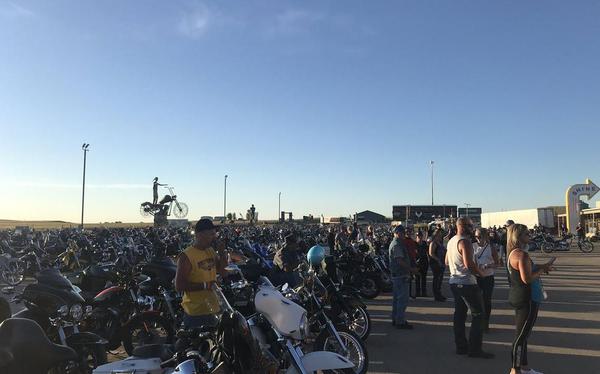